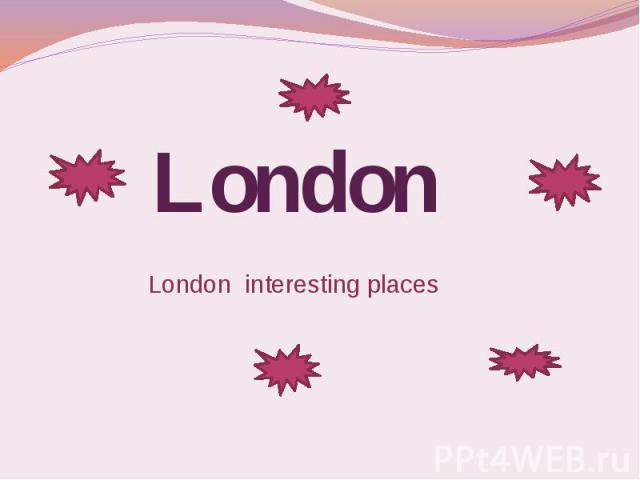 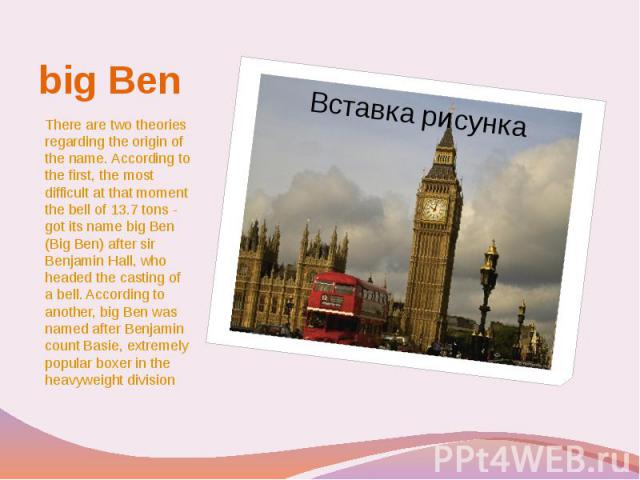 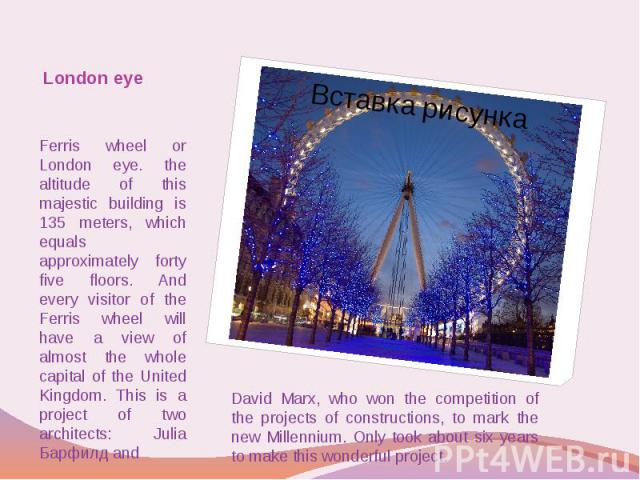 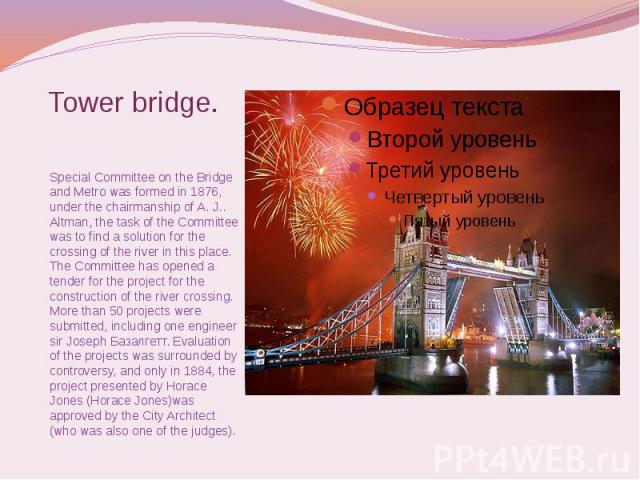 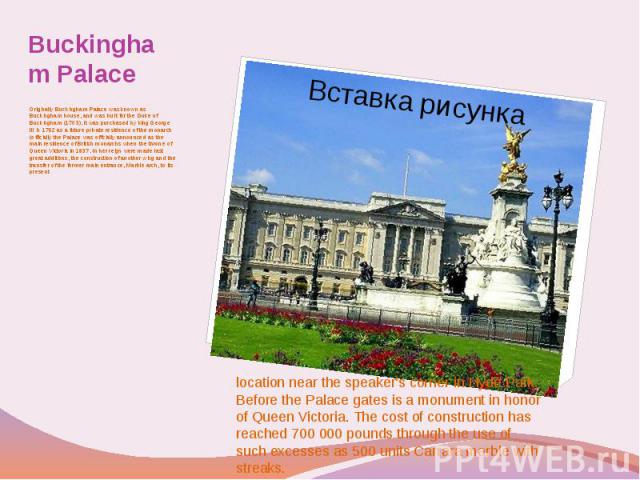 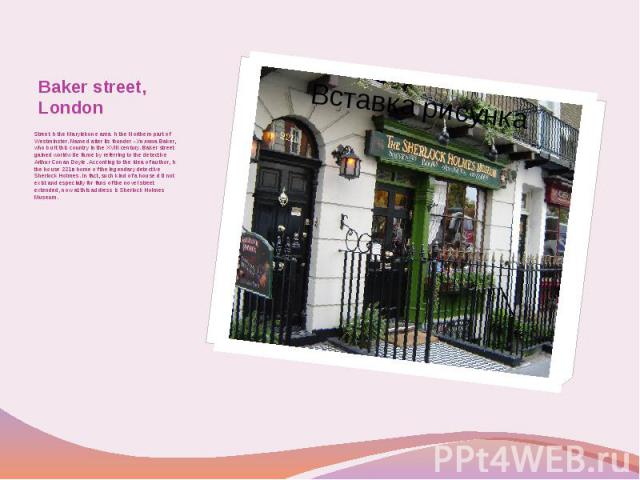 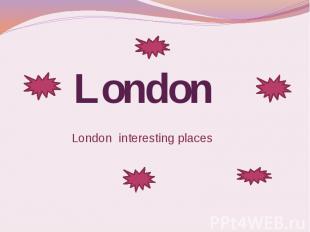 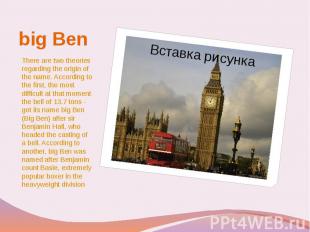 big Ben There are two theories regarding the origin of the name. According to the first, the most difficult at that moment the bell of 13.7 tons - got its name big Ben (Big Ben) after sir Benjamin Hall, who headed the casting of a bell. According to another, big Ben was named after Benjamin count Basie, extremely popular boxer in the heavyweight division 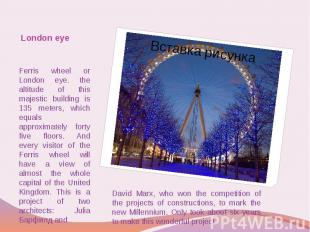 London eye Ferris wheel or London eye. the altitude of this majestic building is 135 meters, which equals approximately forty five floors. And every visitor of the Ferris wheel will have a view of almost the whole capital of the United Kingdom. This is a project of two architects: Julia Барфилд and 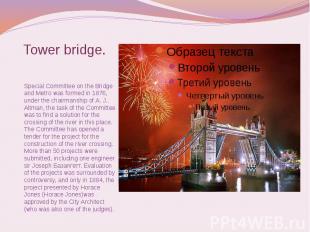 Tower bridge. Special Committee on the Bridge and Metro was formed in 1876, under the chairmanship of A. J.. Altman, the task of the Committee was to find a solution for the crossing of the river in this place. The Committee has opened a tender for the project for the construction of the river crossing. More than 50 projects were submitted, including one engineer sir Joseph Базалгетт. Evaluation of the projects was surrounded by controversy, and only in 1884, the project presented by Horace Jones (Horace Jones)was approved by the City Architect (who was also one of the judges). 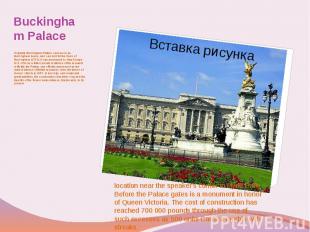 Buckingham Palace Originally Buckingham Palace was known as Buckingham house, and was built for the Duke of Buckingham (1703). It was purchased by king George III in 1762 as a future private residence of the monarch (officially the Palace was officially announced as the main residence of British monarchs when the throne of Queen Victoria in 1837. In her reign were made last great additions, the construction of another wing and the transfer of the former main entrance, Marble arch, to its present 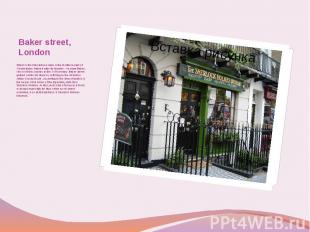 Baker street, London Street in the Marylebone area in the Northern part of Westminster. Named after its founder - Уиляма Baker, who built this country in the XVIII century. Baker street gained worldwide fame by referring to the detective Arthur Conan Doyle. According to the idea of author, in the house 221в home of the legendary detective Sherlock Holmes. In fact, such kind of a house did not exist and especially for fans of the novel street extended, now at this address is Sherlock Holmes Museum. 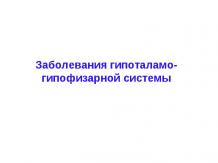 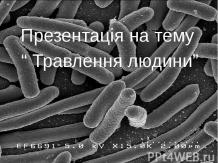 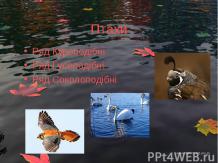 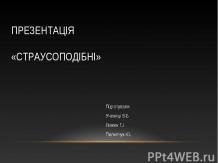 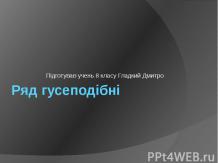 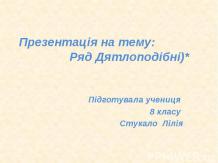 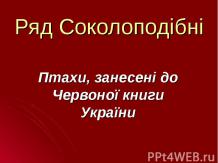 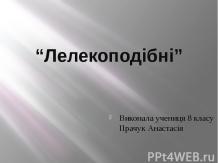 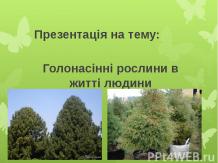 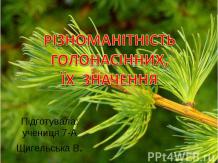 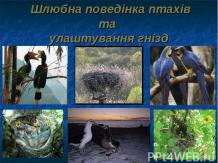 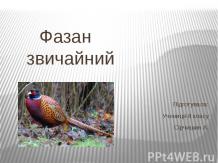