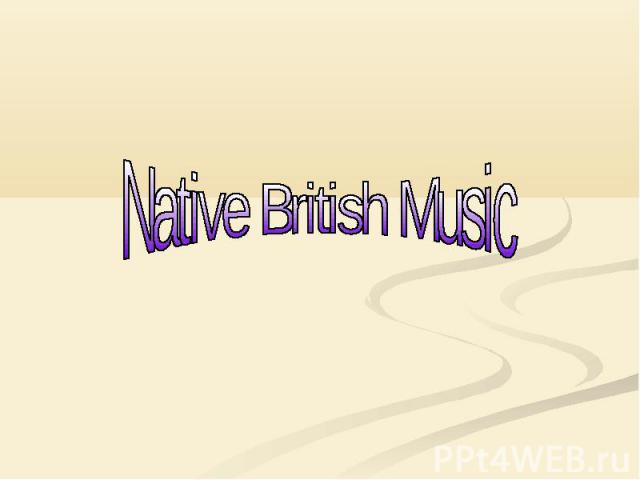 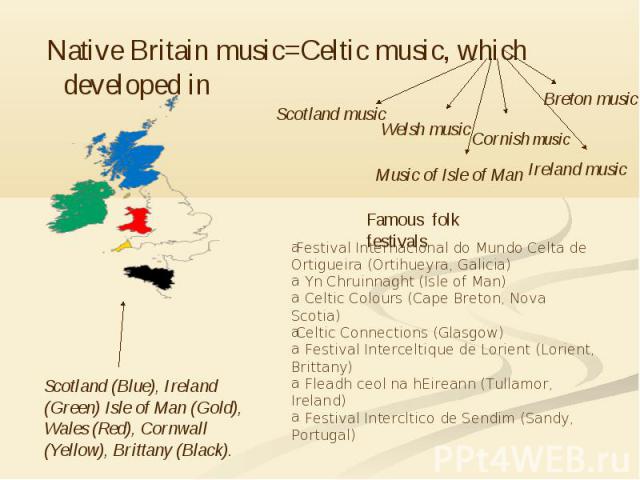 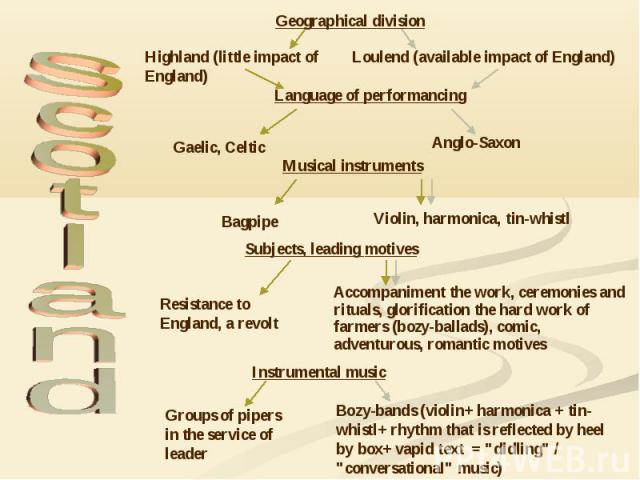 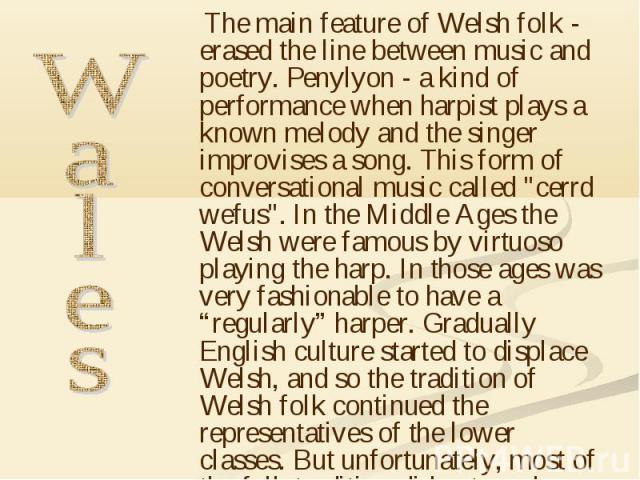 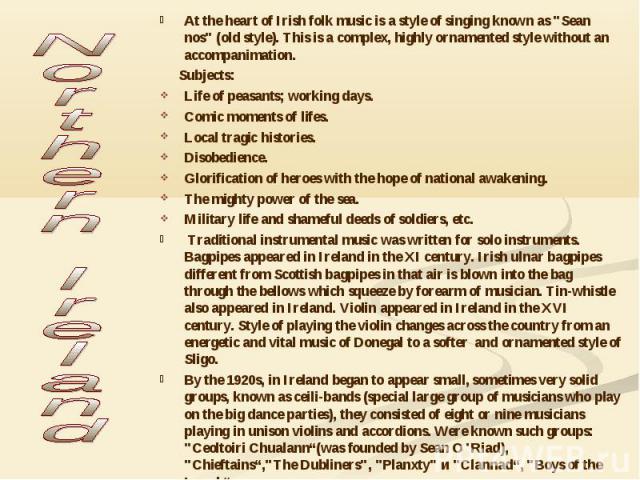 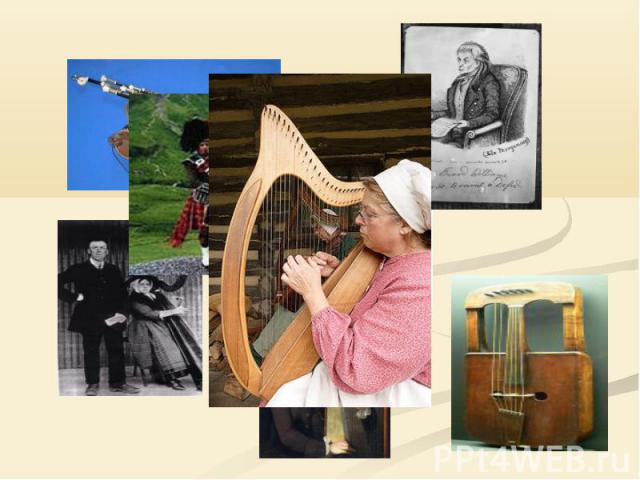 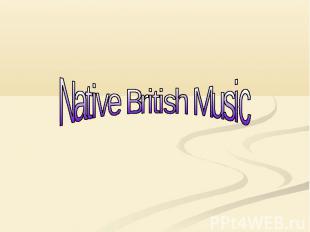 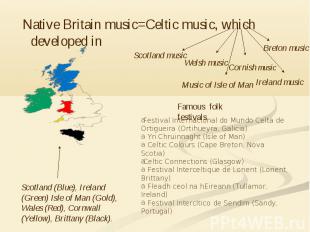 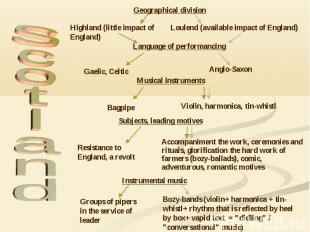 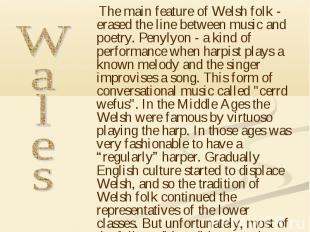 The main feature of Welsh folk - erased the line between music and poetry. Penylyon - a kind of performance when harpist plays a known melody and the singer improvises a song. This form of conversational music called &quot;cerrd wefus&quot;. In the Middle Ages the Welsh were famous by virtuoso playing the harp. In those ages was very fashionable to have a “regularly” harper. Gradually English culture started to displace Welsh, and so the tradition of Welsh folk continued the representatives of the lower classes. But unfortunately, most of the folk tradition did not reach our days, the main reason why was, paradoxically, the desire to save them. The fact is that folklorists confused the historical facts with the romantic legends, they even invented many myths. One of these was Edward Williams, better known as Iolo Morhanuh (XVIII.). In 1906 the Association of Welsh folk song was founded , which managed to keep the latest designs of Welsh folklore. 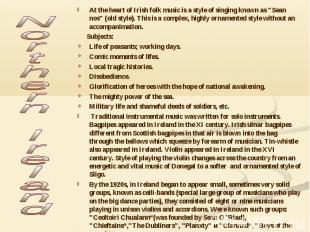 At the heart of Irish folk music is a style of singing known as &quot;Sean nos&quot; (old style). This is a complex, highly ornamented style without an accompanimation. Subjects: Life of peasants; working days. Comic moments of lifes. Local tragic histories. Disobedience. Glorification of heroes with the hope of national awakening. The mighty power of the sea. Military life and shameful deeds of soldiers, etc. Traditional instrumental music was written for solo instruments. Bagpipes appeared in Ireland in the XI century. Irish ulnar bagpipes different from Scottish bagpipes in that air is blown into the bag through the bellows which squeeze by forearm of musician. Tin-whistle also appeared in Ireland. Violin appeared in Ireland in the XVI century. Style of playing the violin changes across the country from an energetic and vital music of Donegal to a softer and ornamented style of Sligo. By the 1920s, in Ireland began to appear small, sometimes very solid groups, known as ceili-bands (special large group of musicians who play on the big dance parties), they consisted of eight or nine musicians playing in unison violins and accordions. Were known such groups: &quot;Ceoltoiri Chualann“(was founded by Sean O 'Riad), &quot;Chieftains“,&quot;The Dubliners&quot;, &quot;Planxty&quot; и &quot;Clannad“, &quot;Boys of the Lough“. 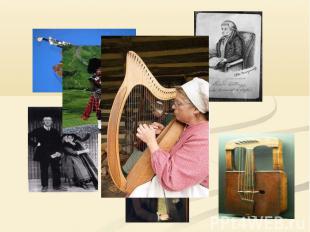 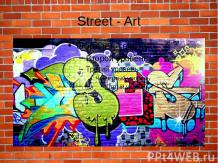 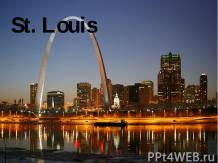 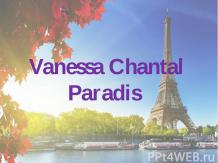 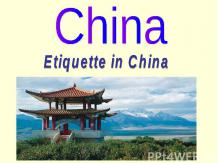 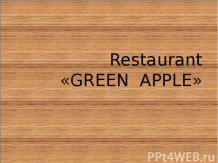 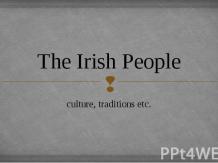 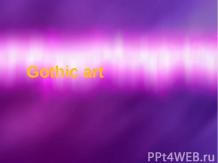 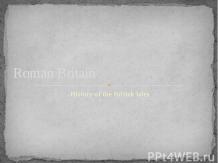 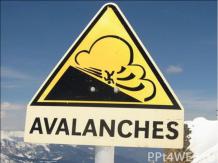 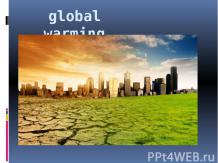 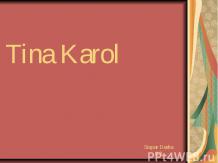 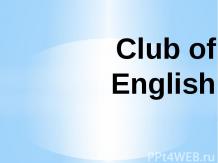