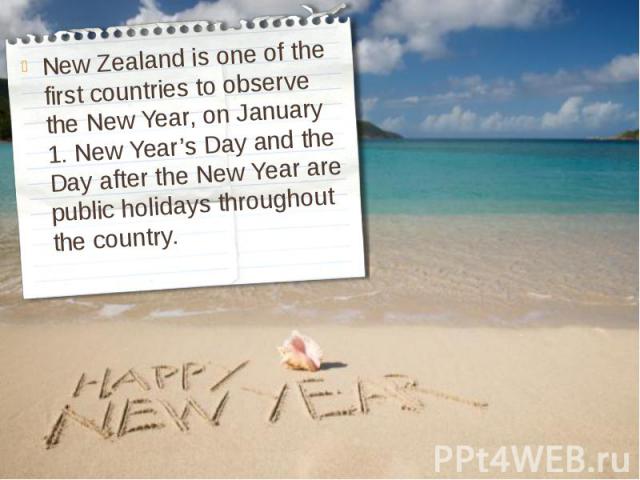 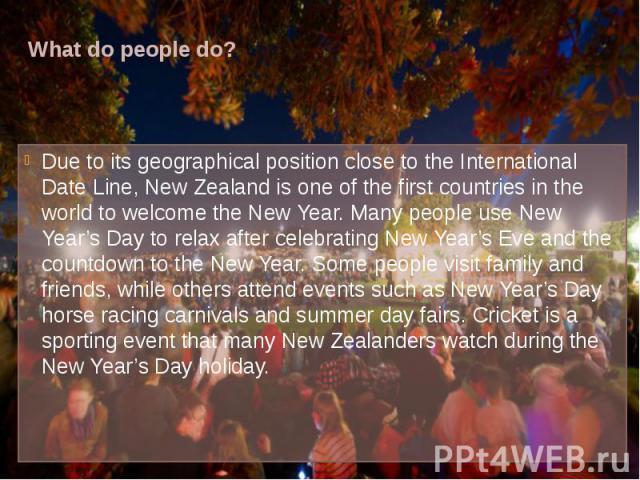 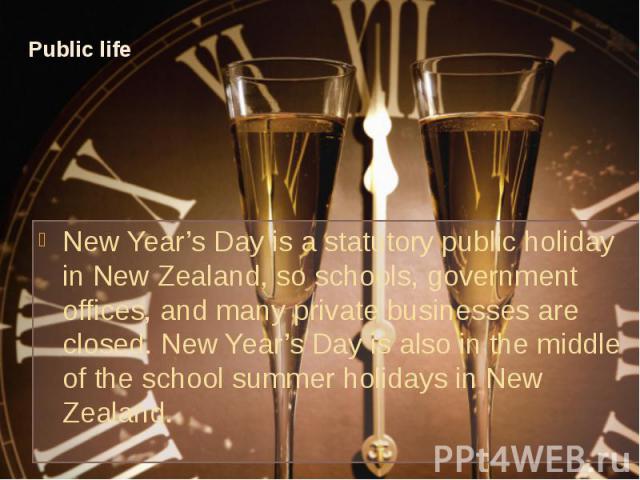 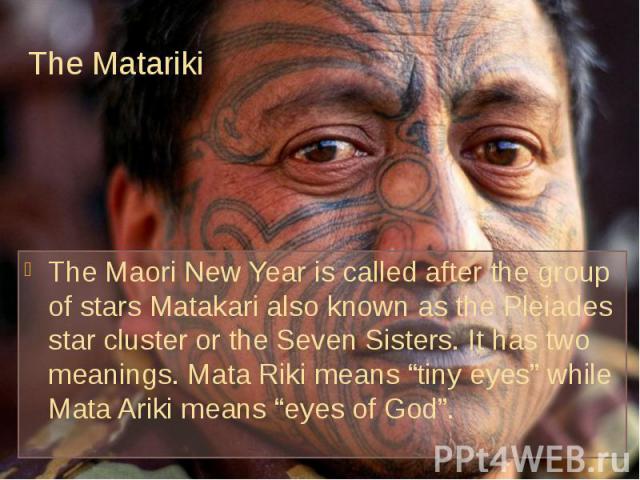 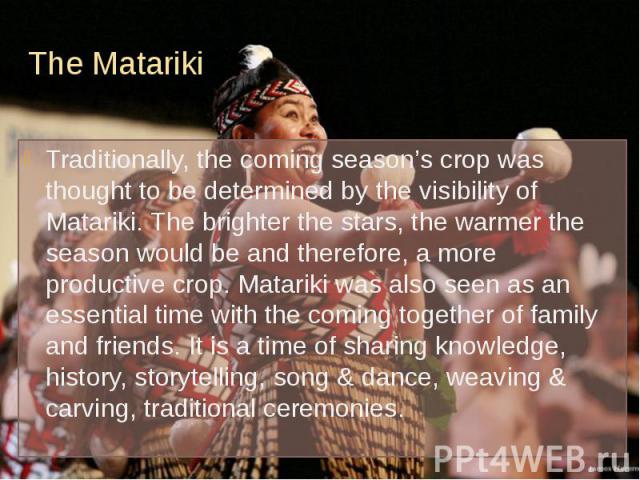 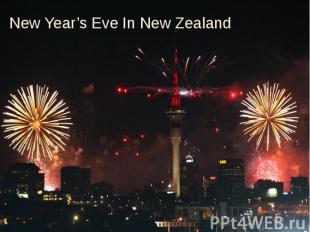 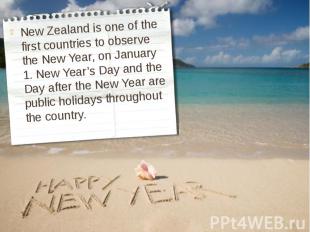 New Zealand is one of the first countries to observe the New Year, on January 1. New Year’s Day and the Day after the New Year are public holidays throughout the country. 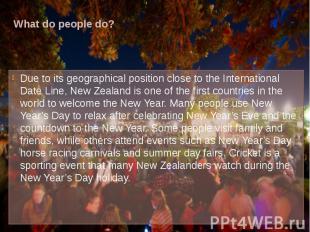 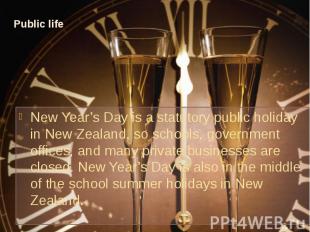 The Matariki The Maori New Year is called after the group of stars Matakari also known as the Pleiades star cluster or the Seven Sisters. It has two meanings. Mata Riki means “tiny eyes” while Mata Ariki means “eyes of God”. 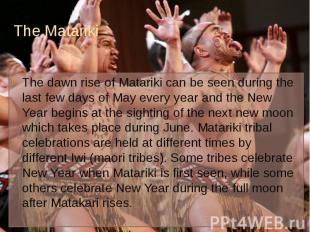 The Matariki The dawn rise of Matariki can be seen during the last few days of May every year and the New Year begins at the sighting of the next new moon which takes place during June. Matariki tribal celebrations are held at different times by different Iwi (maori tribes). Some tribes celebrate New Year when Matariki is first seen, while some others celebrate New Year during the full moon after Matakari rises. 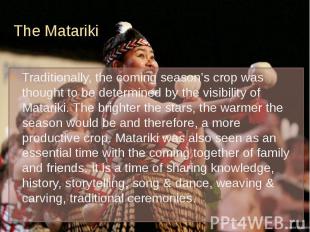 The Matariki Traditionally, the coming season’s crop was thought to be determined by the visibility of Matariki. The brighter the stars, the warmer the season would be and therefore, a more productive crop. Matariki was also seen as an essential time with the coming together of family and friends. It is a time of sharing knowledge, history, storytelling, song &amp; dance, weaving &amp; carving, traditional ceremonies. 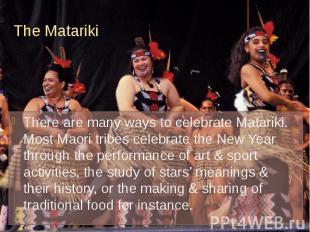 The Matariki There are many ways to celebrate Matariki. Most Maori tribes celebrate the New Year through the performance of art &amp; sport activities, the study of stars’ meanings &amp; their history, or the making &amp; sharing of traditional food for instance. 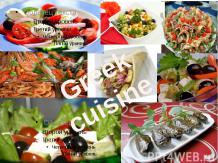 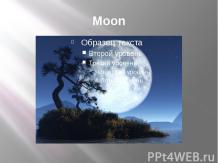 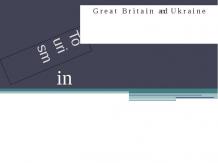 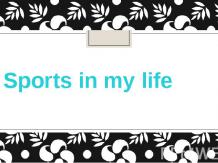 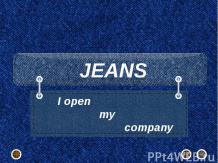 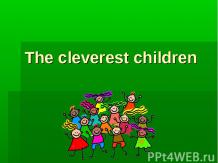 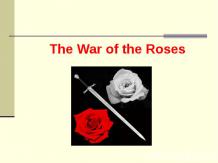 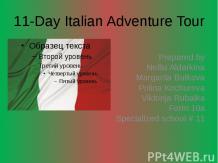 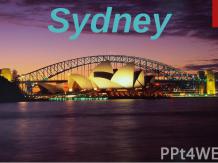 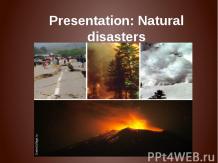